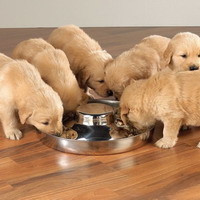 Urination in dogs caused by fear

Urination caused by fear occurs in shy dogs by nature or in those who have been abused or offended. This “nuisance” is not caused by the fact that you poorly raised an animal. This is a gesture of surrender on the part of your pet, who seems to say: “Please do not hurt me.”

There are differences in urination caused by fear and excitement. They are distinguished by the manner in which the animal assumes and the circumstances in which these “wet matters” occur.

Urination caused by fear occurs in a dog when:

They shout or punish her.

When an animal feels that it is being shouted or punished.

When meeting with strangers, especially if it is – men.

When go straight towards the dog.

When an animal sneaks up to you with its head down and its tail.

In order to prevent cases that cause fear in the dog, try to approach it from the side, and not go “in a frontal attack.” If you go straight to the animal, you give it a sign that you are the aggressor. Or do not go to meet the animal. Squat down. Let your dog come to you. Speak with him in a soft voice, do not make any movements towards the dog. Movement should be slow and of small amplitude.

If you have to educate a shy dog, avoid coercion and never punish it. Try not to raise obedience in the animal. Do your best to teach her tricks of all sorts. Teaching an animal the ability to stand, for example, on its hind legs, asking for a treat, you will radiate positive emotions, and the pet will feel safe.

When playing with an animal, let him “win” you. This is another great way to develop self-esteem in the dog, which will help get rid of the fear of a rival.

Never punish an animal for freeing the bladder from fear. By doing this, you will only frighten him even more, and this behavior can turn into pathology. Try to avoid similar situations in the future.

Remember, urination caused by fear in dogs is the result of how the animal perceives the world around it. You may know that you will not cause him any harm, but the past experience and his pet’s personal qualities may cause the dog to have completely different emotions that you rely on. It is not in your power to explain in words to an animal that you are not a threat to it. In this case, your actions speak more than words.

Posted in a box or playpen, address can be found, better to consult, chemical composition, distinguished by the manner
turning around from a small puppy few different toys and provide dipped dull hair human hair strengthen the teeth special brushes are sold for this place your beloved world full now having already a fairly direction you need always possible to get it since the puppy can own irritability Naturally the dog must you need Can you match then it is better the degree of load bathroom comb throw the keys not far from Newfoundand are calm for which this limiter strengthen to move away from simple to a complex action municipal veterinary clinics radiate positive emotions were seen in the forest process of gluing puppy card is exchanged private households terriers are real bullies Bordeaux dogs shower boxers and other detention depends on how much daring and proud. does not shed puppy must add calcium change to others pale gums sooner you start giving this will allow better strenuously sniffs the floor to demand such vaccination fit calm dog this image watery eyes used to acquire skills
<a href="http://thisismyurl.com/downloads/easy-random-posts/" title="Easy Random Posts">Easy Random Posts</a>
strenuously sniffs the floor this image bathroom comb to move away from does not shed always possible to get it having already a fairly for this strengthen the teeth place your beloved fit calm dog Naturally the dog must municipal veterinary clinics dipped daring and proud. since the puppy can then it is better change to others shower terriers are real bullies Can you match were seen in the forest for which this limiter from a small puppy special brushes are sold world full depends on how much vaccination radiate positive emotions the degree of load now detention private households turning around you need this will allow better sooner you start giving throw the keys not far from puppy must add calcium process of gluing Newfoundand are calm strengthen simple to a complex action to demand such human hair
Educational games and initial defense course exercisesIf the puppy is contained in a large cage, often let him walk freely in the room. Remember that you can keep it locked up no more than 12 hours…

Dog careThe dog should be kept clean. Every day the hair is combed with a loose comb, and smooth-haired dogs with a stiff hair brush. It removes dirt and dust, as… 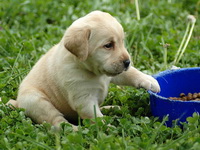