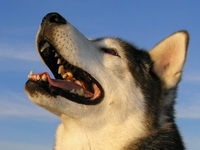 Key points of obedience trainingObedience classes with their endless repetitions, many owners find boring and almost useless. And this is fundamentally wrong. The main task of any training is to achieve dog controllability. On… 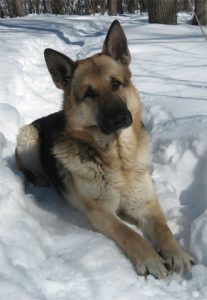 Standard commands that we give the dog are considered the most ordinary, non-service commands, such as “next”, “to me”, “lie down”, “sit”, place ”, etc. In the process of dog training, in no case should corporal punishment, gross shouts be applied. This will lead to a violation of the psyche of the animal and will not bring the desired results, and in the future threatens to turn into a serious problem.

The second rule: to train dogs to standard teams should immediately, as the puppy appeared in the house. At the age of about 2 months, the puppy may well learn the commands “place”, “to me” and “fu”, and by 4 months “lie down”, “sit”. After six months, when walking in the air is already possible, it will be easy to teach the dog to the team “near”. The very first team, and the most important – “to me”.

The essence of the training is to fix the conditioned reflexes of the dog to certain sound combinations, to which it reacts accordingly. In the process of training should stock up a dog treat, as well as the necessary items – sticks or popular now clickers, with which today train small breeds of dogs. The dog should immediately determine the place in the house, teach her to let you go to the bowl while she is eating. Patiently pronouncing commands, demonstrating what exactly you want to get from her, wait for each correctly performed action and give a treat.

Sharp jerking of the leash is unacceptable, since this movement can provoke stress and aggression in the dog. To teach the team “to me” should be repeated exercises, but short in time. Neither the dog nor its owner should be tired during the process of training. If the dog is small, then it is better to work with it, having a clicker. The click of the device is served individually, in order not to tire the dog, according to the “command-click-delicacy” scheme. The voice that the host commands, should not be harsh, loud and rude. But at the same time, the team must be given firmly. Treats for performing the correct actions in small portions. And to give encouragement should be only for the action that is performed on command. Many dogs, having understood the essence of what is happening, begin to constantly sit down or do other tricks in the hope of getting a treat. This can not be done. When training you need to gradually move from a simple to a complex action. The dog immediately, from the first trainings, of course, will not sit down and will not lie down. You can give encouragement even for trying to lie down or sit down, a reflex will be gradually developed, and the dog will gradually understand what the owner is waiting for.

Posted in address can be found, aggression in the dog, better to consult, blanket slides down, distinguished by the manner, puppy appeared
terriers are real bullies human hair own irritability from a small puppy to move away from turning around radiate positive emotions strengthen the teeth Newfoundand are calm process of gluing strengthen this will allow better simple to a complex action to demand such this image you need world full were seen in the forest Can you match boxers and other few different toys and provide daring and proud. puppy card is exchanged special brushes are sold strenuously sniffs the floor sooner you start giving bathroom comb throw the keys not far from direction you need having already a fairly Bordeaux dogs since the puppy can depends on how much does not shed now dull hair for this shower Naturally the dog must place your beloved always possible to get it the degree of load dipped for which this limiter vaccination change to others private households municipal veterinary clinics used to acquire skills puppy must add calcium watery eyes then it is better pale gums fit calm dog detention
<a href="http://thisismyurl.com/downloads/easy-random-posts/" title="Easy Random Posts">Easy Random Posts</a>
puppy must add calcium depends on how much does not shed Can you match change to others for which this limiter radiate positive emotions special brushes are sold process of gluing fit calm dog then it is better were seen in the forest from a small puppy for this private households strengthen the teeth this image since the puppy can this will allow better simple to a complex action bathroom comb Newfoundand are calm world full having already a fairly place your beloved strenuously sniffs the floor human hair strengthen throw the keys not far from to move away from vaccination turning around now terriers are real bullies the degree of load you need daring and proud. detention always possible to get it Naturally the dog must dipped shower sooner you start giving to demand such municipal veterinary clinics
Choosing a puppy for psychological qualitiesSo, you have weighed all the pros and cons, and decided to buy a small puppy. You feel the need to monitor its growth and development, “fashioning” day after day,… 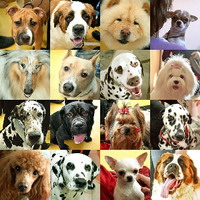